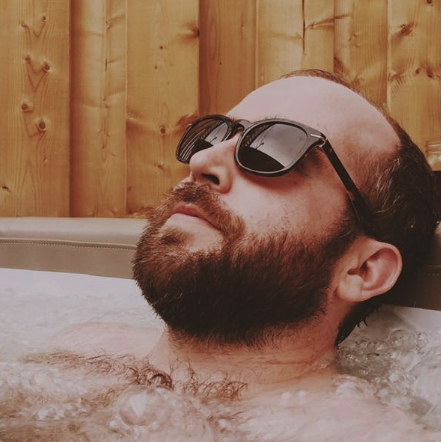 Mike was born and raised in Quispamsis, and rumor has it he could grow a beard before he could ride a bike. Rumor also has it he didn’t learn to ride a bike until he was 20. No one knows for sure.

Mike went to school at the University of New Brunswick in Fredericton, and he got his Bachelor’s degree in Multimedia Studies. It’s in a nice frame sitting on a shelf behind him in his office. Mike is our graphic designer, but he’s also a photographer, videographer, editor, and overall swell guy.

He brings ten years of graphic design experience to ICS across several mediums. He is proficient in Adobe Photoshop, Illustrator, InDesign, After Effects, and Premiere.

Mike’s an avid hockey fan and most nights during the season will be parked on the couch watching his favorite team play. He also gives his free time to referee minor hockey. He really does it because he finds the vertical stripes slimming. He’s also a big movie fan and a vault of semi-useless trivia, and he’d love the chance to tell you what movie you know “that guy” from.

Sign up for our email newsletter and get marketing news, tips and more sent right to your inbox.